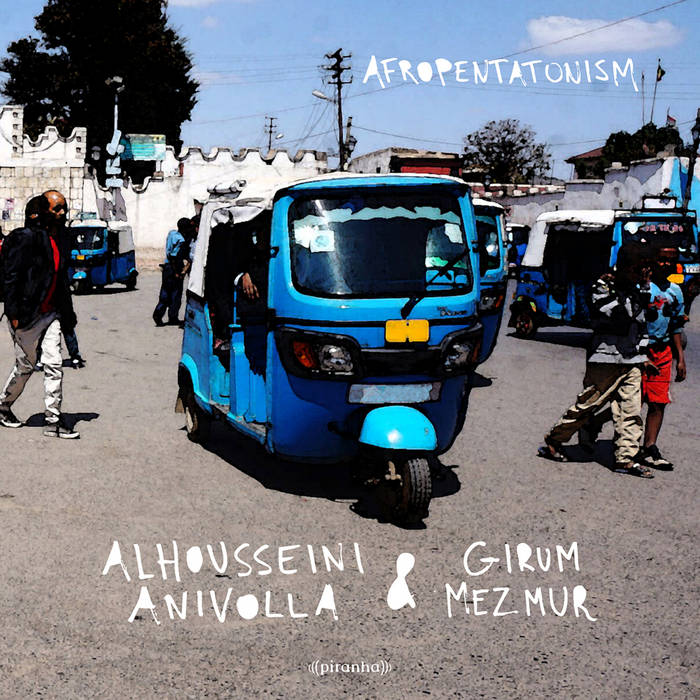 Five notes per octave are all you ever need. The pentatonic scale is the foundation for almost every other one. Some call it the world's oldest scale, originating in ancient Mesopotamia circa 3000 BC, spreading east up to India, China and Japan and west to the old American nations of the Andes and the Pacific NorthEast. A scale that became essential for the creation of blues, jazz, country and rock music.

The idea that pentatonic scales are indispensable for the development of African music is not new – but using it to connect cultures across the continent is still a rare feat.
The countries of Niger and Ethiopia may be thousands of kilometres apart, yet they share many commonalities. Both have a rich musical history that is closely linked to younger genres like rock, pop and jazz.

Niger and the Western Sahel region are the birthplace of the so called “desert blues” genre, with stars like Ali Farka Touré, “Bombino”, Mariem Hassan or Tinariwen and others, many of them connected to the culture of the Kel Tamashek people (commonly known as “Tuareg”). In Ethiopia, vibraphonist Mulatu Astatke influenced a whole generation of musicians when he infused the scene of Addis Ababa with the modern jazz styles he had picked up in New York City. Two vibrant scenes rooted in ancient musical traditions – a perfect match.

When guitarists Alhousseini Anivolla (Niger) and Girum Mezmur (Ethiopia) first met in 2005 at a festival in Europe, they were both already established professionals. Alhousseini had been part of the Tinariwen movement, and later on, gained a remarkable reputation with his band Etran Finatawa and his trio Anewal. The Sydney Morning Herald praised his ”gloriously repetitive, traditional music mixed with some of the slickest and most beautiful electric guitar imaginable.” Girum has been a mainstay in Addis Ababa’s live music scene as a guitarist and producer for decades. He is the musical director of Ethiopia’s greatest star Mahmoud Ahmed and has worked with the likes of Angelique Kidjo and Ali Keita.

Their new collaborative project “Afropentatonism” fuses some of the most intriguing art of their respective cultures. Repetitive grooves, hypnotic jams and raw guitar sounds shape the album – all amidst the laid-back vocals of Alhousseini, who sings in his native tongue Tamashek.
It’s an outstanding pan-African collaboration. The two leaders are joined by percussionist Misale Legesse and two players of traditional East African instruments: the masinko (one-stringed Ethiopian violin) played by Habtamu Yeshambel and the krar (five-stringed bass-like lyre), played by Anteneh Teklemariam. The sextet is completed by 78-year-old mandolin legend Ayele Mamo from Addis. The New York Times hailed Mamo’s playing for its ”honeyed melody”.

The album was recorded live during a concert in Nairobi and features extended versions of the original songs. The infectious “Isouwad” (''HE is watching us''), almost nine minutes in length, includes a rousing finale that had every audience member dancing. Quieter songs are amongst the most political tunes on the album. In the dreamy “Algher” (“Peace”), Alhousseini sings about the conflicts in his home region, directly addressing younger generations: “Children of this country protect our peace!”. ”Raise your voice to bring people together no matter which colour and background” is the central message of the enchanting “Asmoussoudou” (“Those Who Unify”).

In recent years, artistic exchange between West and East African countries has become increasingly difficult due to political insecurity and terrorism in the Sahelian belt. But for Alhousseini and Girum, it’s worth the struggle. “Afropentatonism” is a project that is as much about music as it is about friendship, learning and common creation. “We want people in Africa to be proud of their diverse culture and common traditions.”

Alhousseini Anivolla and Girum Mezmur have created a glorious example of the power of nonverbal communication. Five notes per octave and six friends are all you ever need.

Bandcamp Daily  your guide to the world of Bandcamp